To continue with yesterday’s post and with what Eric Alagan and billgncs were saying about life changers,

I’d like to expand the subject and talk just a bit about artists who moved me, who steered me in a different direction, or, more properly, who shone a light that touched something divine. That’s what an artist does according to Joseph Campbell. The artist in all ages and times reveals the divine to us.

There are certain artists who left an impression. I feel glad that I encountered them, glad for what they revealed to me. For I feel they gave me not only a great deal of pleasure, but a taste of something special besides. Maybe it was the absinthe.

Here’s a list: The writers. Tolstoy, Dostoevsky. When I first read Tolstoy I was enchanted by the quality and depth of his thought and insight. I  was so stuck by his brilliance as a writer, and then there was the reality of his characters. With Tolstoy you feel that you know Lev or Prince Andrei personally. Dostoevsky was also powerful, but in a different way. When I read Crime and Punishment as a young man it shook me up; it had me depressed and confused for months. It was only later, when I had read more and seen more. that I could appreciate Dostoevsky more fully. There’s something majestic about Dostoevsky. Homer and the Illiad knocked me for a loop. Isaac Bashevis Singer has been a light for me. Camus too. When I think of some of their stories it’s as though I had been in Poland or in Algieria too. Henry Miller was a great influence on me too. Miller was a fireworks show. Miller talks often of the books he read. I began writing my own novel inspired by Miller.

The musicians: Ellington, the Beatles. What we are talking about is the sharing of

The Marx Brothers, who had no awareness of their beauty, but who just kept on going spinning laughter and good cheer. Chaplin, who touches something deep inside, who lifted my spirit high, as he did for millions. 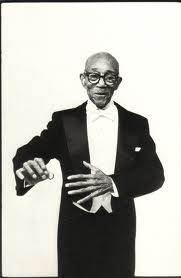 The point is (and to summarize): “It don’t mean a thing if it ain’t got that swing”. Whaa?