returns to delight us once again with the following features and articles.

An As I Sat on the Bus Poem

A Sports Report, with words of wisdom about the Los Angeles Clippers

AS I SAT ON THE BUS

As I sat on the bus I wrote. The Muse of Sweet Poetry had struck me again. Poetry? Whatever it was, it had to be brief, because the darn #720 bus was bumping and thumping so much that it was hard to write anything legibly. I needed to write something concise, something endearing. Yes, endearing. Such was my intent.

Racing through that open stretch past Beverly Hills

Through the golf course

Shaking us to our bones.

(Warning: Writers like to take this kind of stuff seriously)

Which brings me around to nominating Kurt Vonnegut’s “Jailbird” as a GAN. Last week I re-read Jailbird…… 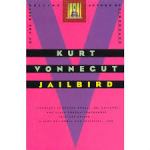 It’s a book about modern (1979) America: a farce, a satire, a scathing criticism, but somehow a friendly nod to the U.S. of A and to all of us. Vonnegut always aims to entertain, to give us a good chuckle. However, he is thoroughly political, even pedantic at times. He is up on a soapbox, or is it a vaudeville stage? Vonnegut entertains, he teaches us history, he wants to tell us what’s what, to set us straight – and to share a good laugh besides. Vonnegut, native of the great state of Indiana, was an American sort of genius. SteJ of Book to the Future who reviewed Vonnegut’s Slaughterhouse 5 two weeks ago, prompted me to pick Jailbird off the library shelf, so thanks to SteJ. The book is a gem. The GAN? Maybe, maybe not. As Kurt would say, “Toodle-loo”.

The Clippers have lost. It was not an easy one for us Clippers fans to watch, the way they folded at the end and did not advance to the division finals (once again!). But never you mind. We Clippers fans are used to it. We can take it. Next season is next season. Life goes on. Wait til next year!

For info on One Life or The Lives of Chester Knowles

as well as The Phantom Speaks sequel, and Up in the Bronx by Stephen Baum check out the Bumba Books page.