I can’t say I understand the expression “the whole nine yards”. I can get a handle on the whole enchilada (yummy), even the whole kit and kiboodle (it’s a railroad term), but where does the expression the Whole Nine Yards come from? It’s etymology is murky. No one knows exactly where it came from. Likewise, the expression Dressed to the Nines is a puzzle to the etymologists. Its origin, its parentage is unknown. Ditto Cloud Nine. So, what’s up with this nine? Bumba’s hypothesis is that the numeral 9, being the last one, the final word, simply indicates a certain high level of excellence. 9 is premium grade. No better illustrated than by our beloved Marina Kanavaki who has gone the whole nine yards on this one. Thanks, Thanks to Marina!!! 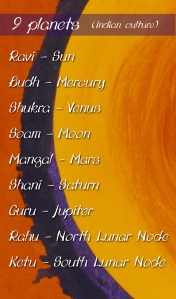 P.S. The Bumbastories staff insists on mentioning that the great and noble American game of baseball is played in 9 innings, by a team of nine. Ted Williams, Minnie Minosa, and Roger Maris wore the number 9 proudly. Thanks again to Marina.

22 thoughts on “The Whole Nine Yards”