I’m currently typing at my computer on a blank Word document. I generally type these blog things straight onto the wordpress without using Word. Which means I do fewer edits. And often I use an ipad, which even further reduces the edits/quality…… OK, you’ve been warned. This post is about writing. That’s why it’s called About Writing. It’s more on writing on the Moron Writing Blog. Ha ha!

Anywaze, before I was so rudely interrupted (By myself! How is that possible? Think about it.), I was talking about writing. And again – another warning – please be advised that this blog does not expound any one of those abstract, process-centered approaches to writing. Nothing conceptual or touchy-feely here. No, we’re going to get down to brass tacks, i.e, the physical act of writing. Because, much like my hero Jason Mustardseed (or JAM as he’s asked me to call him), I also happen to possess something of an obsession with the physical act of writing on paper. As if my next great American novel can only be written by hand. Silly, no? Silly enough, I would say. However, my friend Jason has taken these harmless writing compulsions a few steps further afield – and we were already in foul territory! You know, Jason has a number of compulsions about his writing gear. Nothing too serious, but we are concerned. (See previous Moron Writing posts about Jason, his infamous pen collection, and other writing-associated obsessions)

Unfortunately, by the way, neither Jason nor myself suffer from any similar set of compulsions or obsessions remotely connected to correct grammar. 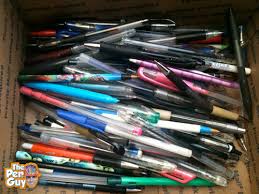 Jason Mustardseed had enrolled in classes for fall semester. No big plans yet for the summer. Looking for a job again. Jason hadn’t written anything either. Neither? Poor Jason. He had all his pencils (colored ones too) and some sturdy stationery folded cross-wise into Quadrilles on which to write. Jason was looking forward to his summer. He was going to write.

Here’s a song to help Jason on his way

It’s a tune Maybank came up with.

5 thoughts on “About Writing/Moron Writing”