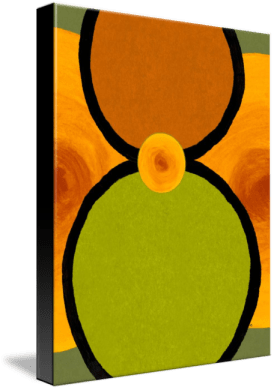 Happy August. Happy eighth month of the year! The month August got its name from the Roman emperor Augustus, who named the month after himself in order to celebrate, er, himself. August means admirable, and reverential, and implies all things good, which is why Augustus, nee Octavius (which already meant the eight man), re-named himself Augustus in the first place, or is it the second place? Ol’ Augustus thought Augustus sounded cool. As indeed it is. The August flower is the poppy, and the birthstone for August is the onyx.

August is the eighth month! Eight: that’s two fours, or four twos. Of course, eight is composed of eight ones – as all numbers are by definition simple multiples of the one. Huh? Anyhoo, eight huit ocho octo is an even number, a very even number. Eight is two cubed, duality expressed in three dimensions. Eight represents order and stability. The eighth note completes the octave (That’s the musical octave, not Octavius. We don’t want to start with him again!).

I wrote about the eight last year, so consult Something I Eight for further number silliness. The only thing I’ll repeat here is that 8 was the late Yogi Berra’s uniform number. Good ‘ol Yogi. Yogi was loved by everyone and he was a heckuva ballplayer. Also Joe Morgan wore number 8. Joe is still alive and kicking, still announcing baseball games the last I heard. Many traditions see the 8 as a good luck number. In the Jewish tradition there are eight days to Chanukah, and also Passover. Even after the seven days of Succoth, an eighth holiday day is added, Shmini Atzeret, Shmini meaning eighth. Eight is just a good solid number. Follow the Buddha’s Eight-Fold path to Nirvana. And keep your hands on the table. Thank you for your cooperation.

And here’s a song to send you on your way. Nobody Knows You When You’re Down and Out, sung for the umpteenth time by poor Bumba, who says he just love to sing this song and hopes you will sing along too.

12 thoughts on “The Bumbastories’ August Magazine, or is it Something I Eight?”